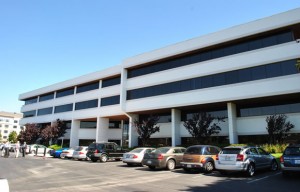 Located in Belmont, California, Responsive Data Systems was originally founded in February of 1977 as a custom software firm. In the early 1980’s the software market changed with the onset of packaged software solutions.  Responsive Data Systems used its development expertise to design a point-of-sale software application for businesses in hard goods industries. The original application, Retail/2000, was designed to run on the IBM System/36. The first customer installation of Retail/2000 occurred in 1984. Over the next few years, Retail/2000 was installed at enterprises nationwide, ranging from small single store locations to large multiple store chains.

In the late 1980’s, with the announcement of the IBM AS/400 platform, Responsive Data Systems began designing a new point-of-sale application to take full advantage of the power and functionality of the AS/400. The new application, called Competitive Edge, incorporated all features of Retail/2000 and the three IBM Edge products.

Competitive Edge was first installed in 1992. Today the application is running in hundreds of sites throughout the United States and Canada. Competitive Edge users span a variety of industries, from hardware stores, to garden centers to art supply stores.

Responsive Data Systems is dedicated to providing our customers with superior service and technical support. Competitive Edge user conferences served as forums that allowed users to share ideas and make recommendations to the RDS development staff for enhancements to the application.

With over thirty-five years of industry experience, a number of business partners (including IBM), and a loyal customer base, Responsive Data Systems is poised to continue as the provider of premiere hard goods point-of-sale software solutions for years to come.